The young man, born in 1981, has spent his entire life so far caring for stray, abandoned, and brutally mistreated dogs on Crete.

In the beginning, he cared for the stray dogs of the village Christos in an abandoned building near Ierapetra, where he was chased away. The locals had little understanding for him and harassed him until he had to leave the village with over 30 dogs. A lady from Switzerland, who had learned of Nikos’ suffering, bought for him a hectare of land near Kalo Horio, in the hinterland not far from the road from Hersonisos to Kastelli. Nikos moved there with his dogs in the middle of 2018 and since then he has built everything with his own hands.

Now there are numerous, large kennels for two or sometimes more dogs, which get along well, fences around the area and a small container house. Everything is idyllically situated under an olive grove in the green and the dogs have nice wooden huts and can play as they like and also dig in the ground.

Although he has running water, an electricity line has still not been laid up to his property.
All the money he receives in unemployment benefits from the Greek state and in donations goes into the food for his beloved dogs, their sterilization and vaccinations, and the expansion of his shelter.

In the meantime he accommodates about 150 abandoned, run over or tortured dogs there and calls his shelter a ‘therapy station for dogs’ !
His working day starts every morning at 6 o’clock and goes until 23 o’clock in the evening. He does not know any days off, and he practically never leaves his shelter. This includes the daily feeding and cleaning of the kennels and the manual work on his facilities.

The dogs are happy and almost all of them are friendly and trusting, which proves his excellent handling of the animals. Some of them, however, show the bad treatment they have received in the past, from which they are of course only slowly recovering.
He is also looking for a new home for all his dogs by adoption, so that he can take in other, abandoned or tortured animals.

With his BFAS (Bronx Familia Animal Shelter) he not only rescues dogs of all breeds, from all situations and with every character on Crete.
Nikos also takes excellent care of them, provides them with medical treatment and conducts behavioral analysis in order to get to know them better and educate them. He also accepts deaf, handicapped and blind dogs and of course no animal is euthanized without unavoidable medical reasons, as it is unfortunately so often the case in many shelters around the world.

Afterwards, they all get a second chance at a ‘real dog’s life’ by adoption into a loving home of great people, which every dog should deserve.
That is why ‘Familia’ in the name of the shelter stands for ‘dog plus human’ as a real family !
‘Bronx’ was one of his first dogs, who unfortunately died recently. 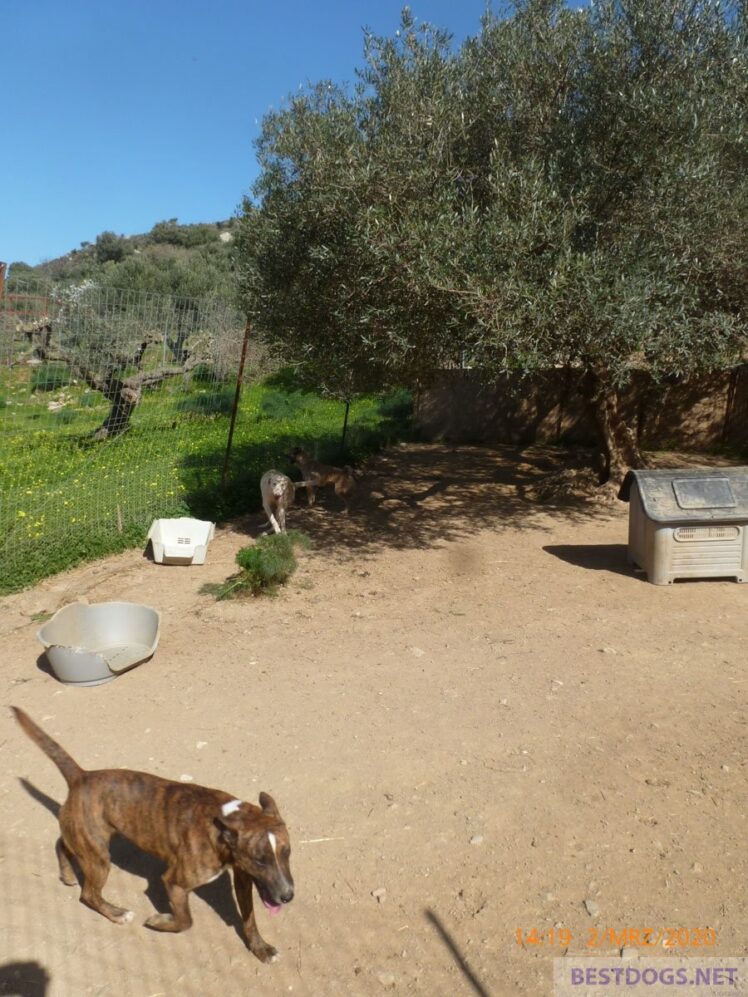 This are clean and well thought out areas for the individual dogs. 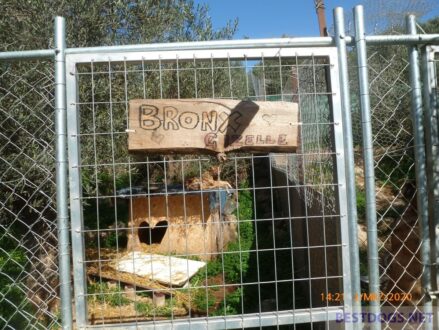 Here once lived Bronx, which gave the shelter its name. Now only Gizelle is there. 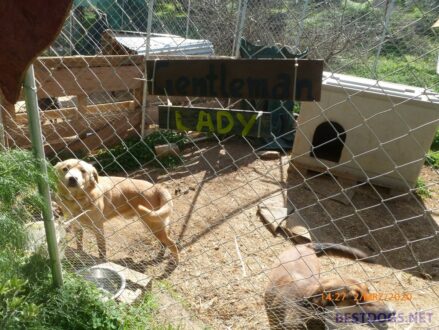 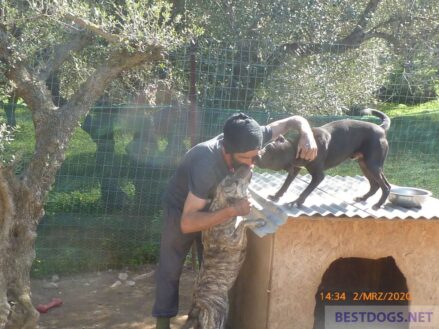 The love of Nikos for his dogs. 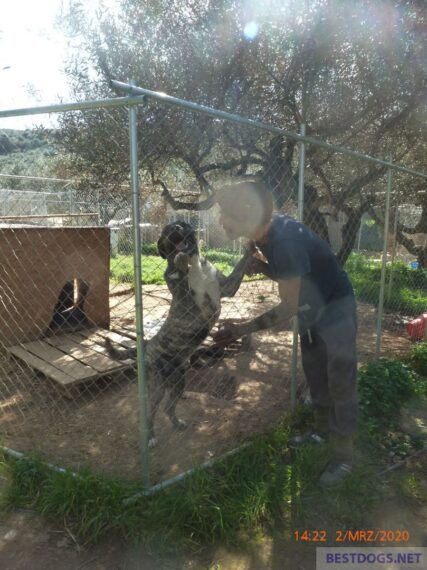 Nikos with a wonderful, big and strong dog. 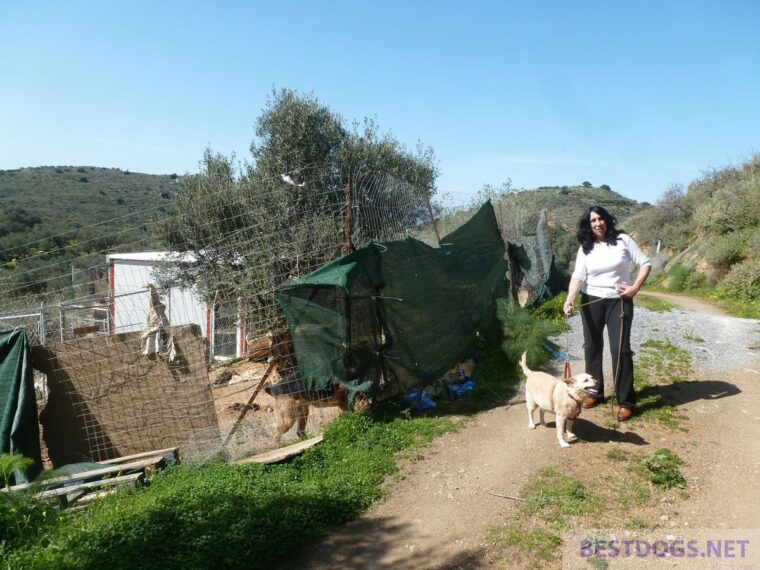 Nikos and his dogs are also dependent on volunteers.

Nikos is happy about any voluntary help. This ranges from walks with dogs to grooming, playing and training. They are also needed for the maintenance of the shelter, administration, cleaning and transport of dogs and necessary goods. Nikos himself has neither his own vehicle nor a scooter, so his dogs are brought safely to his vet in Heraklion by means of professional animal transport.
However, underage helpers should be accompanied by at least one parent or legal guardian. You can contact Nikos here.

Of course, it is also possible and important to donate for the animals, which he of course depends on for lack of governmental support. So at the moment alone he uses five big bags of good dog food for his animals every day.

(as of September 16, 2020 - More infoProduct prices and availability are accurate as of the date/time indicated and are subject to change. Any price and availability information displayed on [relevant Amazon Site(s), as applicable] at the time of purchase will apply to the purchase of this product.)

Although at the moment he still lives almost like a hermit, his heart is full of love, and he is desperately looking for someone who can help him in the long run, so that even in more difficult times someone is always there for the animals.

Unfortunately, there were also difficulties with local shepherds, who see a threat in his dogs and want to chase Nikos away again. With the help of the police, law, order and security has been established and therefore Nikos needs the support of all of us.

Because in a country like Greece, where animal abuse and the abandonment of puppies are still part of everyday life and a state organisation with animal shelters and animal protection is still in its infancy, people like Nikos Tsikalakis are indispensable for the welfare of the animals!

You can also find Bronx Familia Animal Shelter on Facebook or on the Internet.

All donations for dog food and care go directly to the account of the shelter: 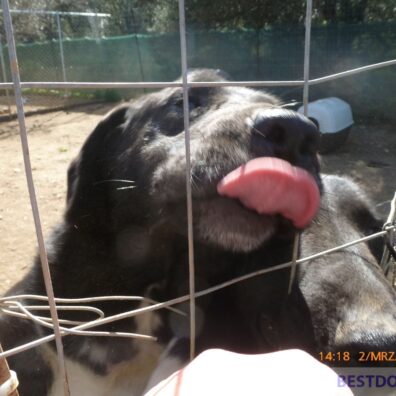 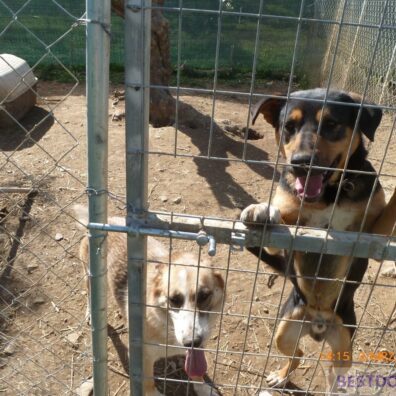 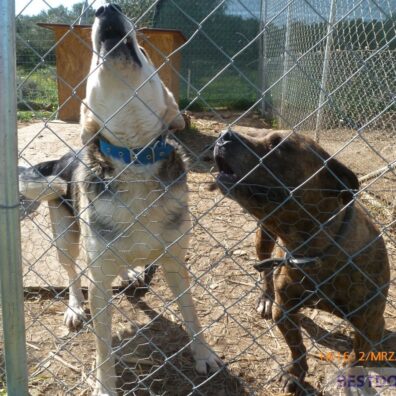 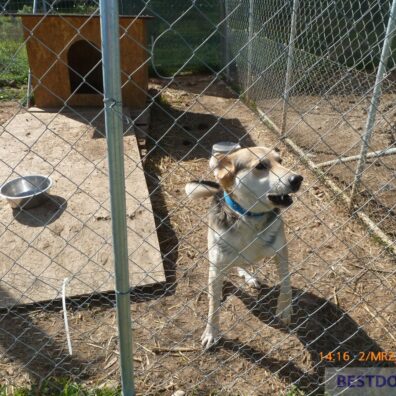 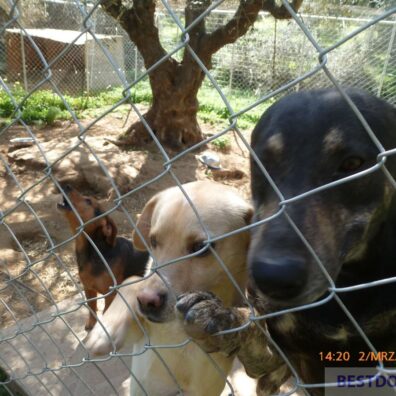 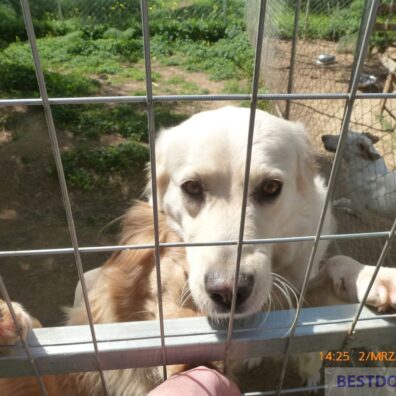 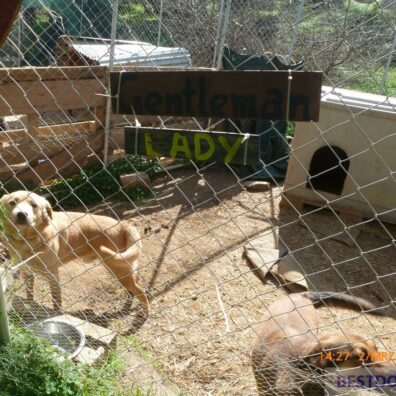 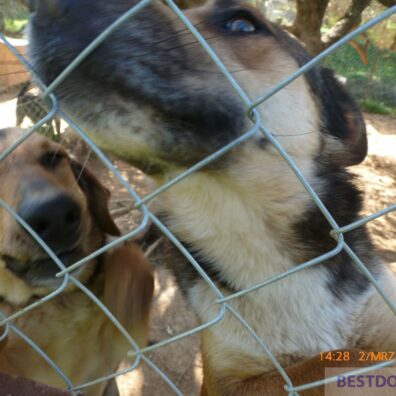 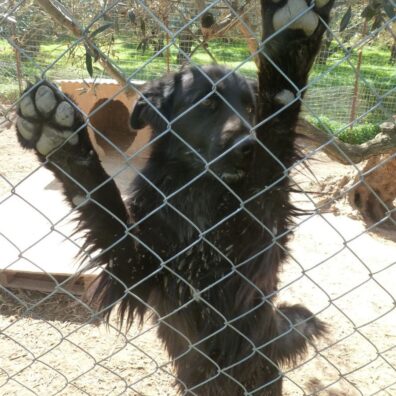 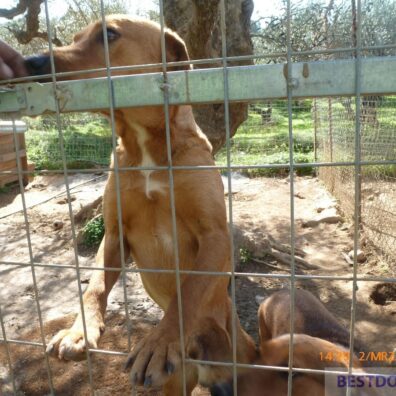 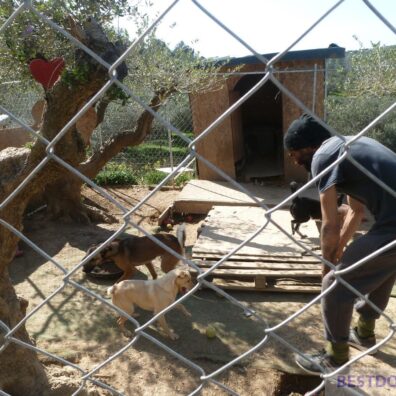 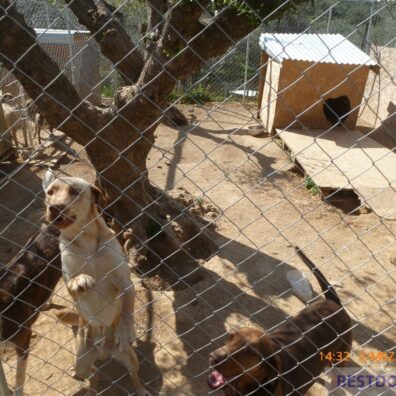 MANY THANKS in the name of Nikos and his numerous, rescued dogs !

Directions to the Bronx Familia Shelter

The shelter is located about 220 yards (ca. 201 m) meters behind a turn-off in a needle bend east of the village of Kalo Chorio. 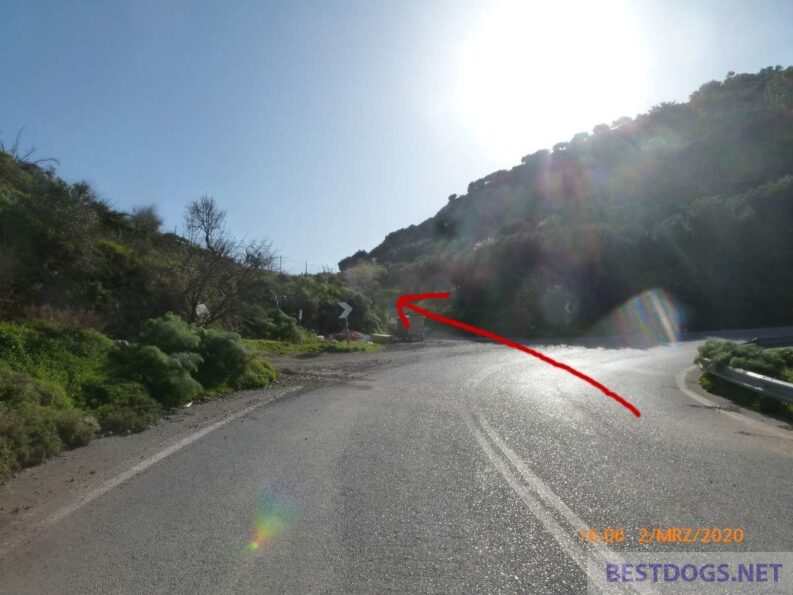 Coming from the direction of Hersonisos, in the needle bend in front of the village of Kalo Chorio, next to the garbage cans, drive straight ahead along the dirt road for about 200 metres until you reach the olive grove. 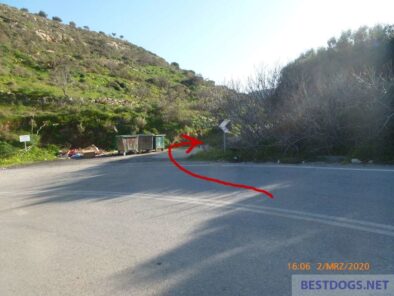 From the direction of Gouves you cross the village of Kalo Chorio and turn right in the following needle bend in front of the garbage containers. 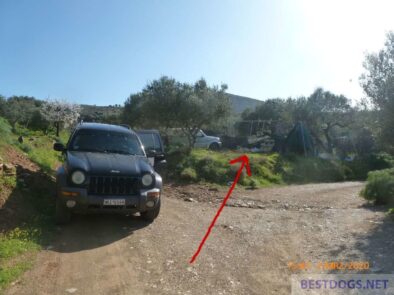 About 200 meters further on, at this turn-off under the olive trees is the animal shelter.

(4853)
£12.80
No artificial colours or flavours, no dairy, no soya, no added wheatCitrus extracts and added vitamins help support a healthy immune systemBalanced ratio of Omega 6 and 3 fats for a glossy coat
(as of September 16, 2020 - More infoProduct prices and availability are accurate as of the date/time indicated and are subject to change. Any price and availability information displayed on [relevant Amazon Site(s), as applicable] at the time of purchase will apply to the purchase of this product.)

(6944)
£6.39
MULTIPLE CLIPS FOR MULTI-USE: The Halti Training Lead is made with 2 trigger clips allowing for 2 points of connection to other walking accessories like Halti Harnesses & Headcollars where control & steering are important.BETTER TOGETHER: For dogs th... read more
(as of September 16, 2020 - More infoProduct prices and availability are accurate as of the date/time indicated and are subject to change. Any price and availability information displayed on [relevant Amazon Site(s), as applicable] at the time of purchase will apply to the purchase of this product.)

(14841)
£6.99
Set includes a base with windmill and 4 beakers with 2 sets of patterned lidsStep 1 place treats in beakersStep 2 leave lids off until after dog has mastered turning the windmill to release treatsStep 3 place lids with patterned holes on beakersStep ... read more
(as of September 16, 2020 - More infoProduct prices and availability are accurate as of the date/time indicated and are subject to change. Any price and availability information displayed on [relevant Amazon Site(s), as applicable] at the time of purchase will apply to the purchase of this product.)

Chain Dogs in the Corona Crisis 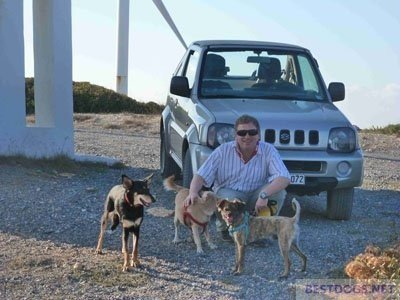 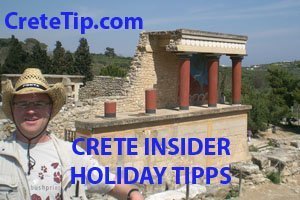